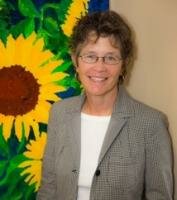 As a second-year medical student, Mary Lynch was interested in learning how acupuncture could ease human suffering. She sought out Dr. Ian Purkis, a pioneer in Canadian pain research, who had founded a pain clinic at Dalhousie University in Halifax, NS. He was one of the first physicians in Canada to teach acupuncture to doctors.

“I learned acupuncture in the context of the pain clinic. It was a completely new world to me. I had not any idea that pain was such a huge problem until I worked by Dr. Purkis’ side,” says Dr. Lynch. “Once I heard patients’ stories and was touched by people in pain, it was all over.”

Many patients have propelled Dr. Lynch, Professor of Anesthesia, Psychiatry and Pharmacology at Dalhousie and Director of Research at the QEII Health Sciences Centre’s Pain Management Unit, along the road to becoming an internationally recognized expert in pain management. One, whom she recalls vividly, was a military veteran who suffered from phantom limb pain.

“I can still see him, sitting in his wheelchair, so thankful to Dr. Purkis for the help that he was given to relieve his excruciating pain.”

After meeting this survivor, Dr. Lynch read “The Tragedy of Needless Pain”, a 1990 Scientific American article in which Dr. Ronald Melzack, developer of the McGill Pain Questionnaire, used worldwide as a pain assessment tool, called attention to the tragic underuse of pain management tools to ease human suffering.

“We’re still in that terrible situation,” says Dr. Lynch. “We’ve got the tools to help people in pain, but we’re not using them properly. We know so much about pain and its causes, but the science has not been taken up into healthcare policy.

“Our students are not learning about pain in medical school. Consequently, people are not receiving adequate treatment or benefitting from the incredible research that’s been done.”

In 2009, Dr. Lynch was part of a study led by Dr. Judy Watt-Watson who surveyed medical and health professional schools across Canada and found that medical students lacked training in pain care. In fact, they discovered that veterinarians received five times more training in pain assessment and management than physicians.

Pain on a national scale

“Absolutely,” says Dr. Lynch. “Pain is grossly undertreated in Canada. People living with chronic pain are unheard. They are a silent epidemic.”

As co-chair of the National Pain Strategy initiative, she has been an outspoken advocate for a national strategy on pain management. So far, however, this goal remains out of reach.

“Our advocacy to get policymakers and sitting politicians to pay attention to the problem of pain and to put forward a task force to develop a national strategy has been ineffective,” she says. “There’s currently no interest from our federal government to even look at the need.”

Devastating stories of young people falling into addiction and dying tragically from drug overdoses have unfairly influenced the use of opioids in people with chronic pain, says Dr Lynch.

The media tends to focus on opioid misuse rather than the benefits of appropriate use. Contrary to popular belief, when properly treated, most people in chronic pain have a low risk of addiction. And some may gain tremendous pain relief.

The fear of addiction haunts both physicians, who fail to prescribe opioids for chronic pain, and patients. Dr. Lynch recounts how one of her patients, whose chronic pain was well controlled with opioids, feared that he’d be a junkie. Unbeknownst to his family doctor, he checked into a detox centre.

“He got off the drugs, went home in excruciating pain and tried to kill himself,” she says. Luckily, his partner discovered him in time. “We were able to help him to understand that he was not a junkie. He was using his medication appropriately. We got him back on his medication, and now he’s looking forward to the rest of his life.”

This side of the opioid story isn’t often told, she stresses.

“We have a growing cohort of people who are living with chronic pain after surviving cancer or AIDS,” she adds. “Most of that pain is neuropathic – nerve damage caused by cancer, chemotherapeutic agents, HIV virus or AIDS-related medications. That chronic pain is not being treated adequately.”

A triad of pain expertise

Dr. Lynch’s pain research focuses on three important areas. The first is developing novel strategies for the treatment of neuropathic pain. Topical therapies, applied to skin or as eye drops, are a special interest.

She currently has funding from the Canadian Institutes of Health Research, Nova Scotia Health Research Foundation, and Dalhousie Faculty of Medicine for a double-blinded, randomized, controlled trial of methadone in the treatment of chronic neuropathic pain.

Another focus of her research is complementary therapy. Dr. Lynch and her colleagues have studied the effects of Qigong in patients with fibromyalgia. She also hopes to examine its efficacy in relieving osteoarthritis.

Art therapy as a pain management strategy is another avid interest. Dr. Lynch has published a qualitative study of the interaction between artistic creation and chronic pain in 15 artists. She also helped to establish an art therapy program at the QEII HSC pain clinic.

Advocacy plays a major role in her work. Dr. Lynch is a past president of the Canadian Pain Society, where she has chaired the wait-times committee and co-chaired a task force on service delivery. She has co-chaired the International Association for the Study of Pain’s task force on wait times. Translation of research into better care for people with pain remains a major focus of her work.

She is lead editor of Clinical Pain Management: A Practical Guide and author of the self-help manual Surviving your Personal Injuries Claim and Litigation.